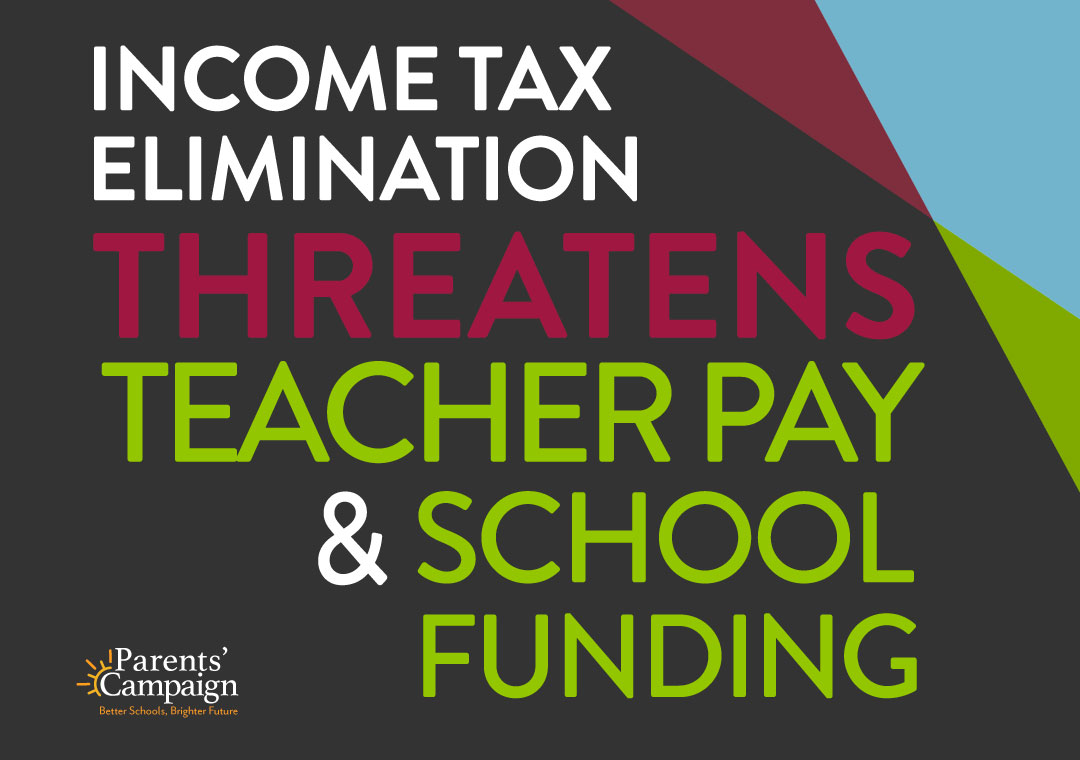 If you care about teacher salaries, public school funding, pre-k, public health, child abuse prevention, safe roads and bridges, or myriad other state services, you might want to have a conversation with your legislators about the plan Speaker Gunn is pushing to reduce the state revenue that funds these critical areas.

This is how Rep. Trey Lamar, who is spearheading the effort for Gunn, explained it:

“Over the last decade, our General Fund revenue has grown about 3.2%. Under this plan, we allow up to 1.5% of that growth to go for increased spending…everything above that line will go to eliminate the individual income tax.”

In other words, Gunn’s plan is to cut in half our state’s annual increase in revenue, despite the fact that the current annual increase has been insufficient to fully fund public schools, pay teachers adequately, or keep roads and bridges in reasonable repair.

It is important to note that Gunn’s proposal would not allow teachers, children in public school classrooms, and many other Mississippians to benefit from improvements in the state’s economy. State spending will be capped at half the average increase of recent years until the plan is fully phased in – about 10 years in Rep. Lamar’s estimation.

If you’d rather see the Legislature continue its recent progress and make good on its commitments to pay teachers a living wage and fund public schools adequately, make sure your legislators know that. You can find their contact information online at msparentscampaign.org.

Legislators will meet at the State Capitol on August 25 and 26 to hold hearings about Gunn’s plan. Now is a good time for you to weigh in.