In the 2016-2017 school year, 425 vouchers were available for children with special needs (under the Education Scholarship Account or ESA program). 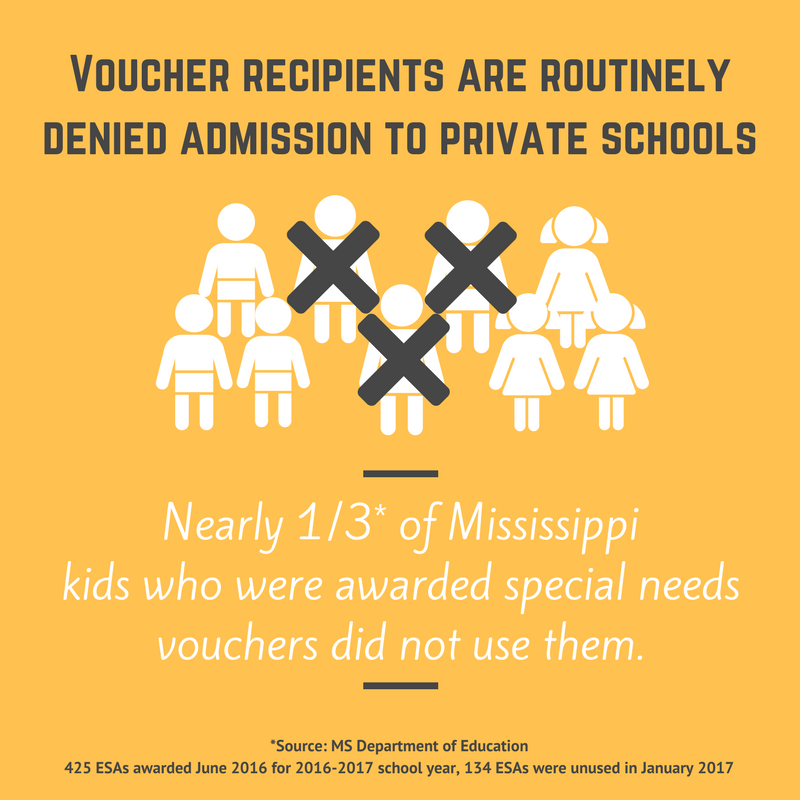 By the end of 2016-2017, 559 students had been assigned vouchers, 220 of whom never used them (39%). Private schools participating in voucher programs are not required to accept all voucher students; possession of a voucher does not guarantee a student admission to or consideration by a private school. In June of 2017, The Parents’ Campaign Research and Education Fund issued a public records request to MDE seeking detailed statistics on the ESA program for 2016-2017; see MDE’s public records response here.

In School Choice, Private Schools Do the Choosing

Vouchers are touted as a way to let parents choose the best schools for their children, but don’t be fooled – when it comes to school choice, it isn’t parents who do the choosing. 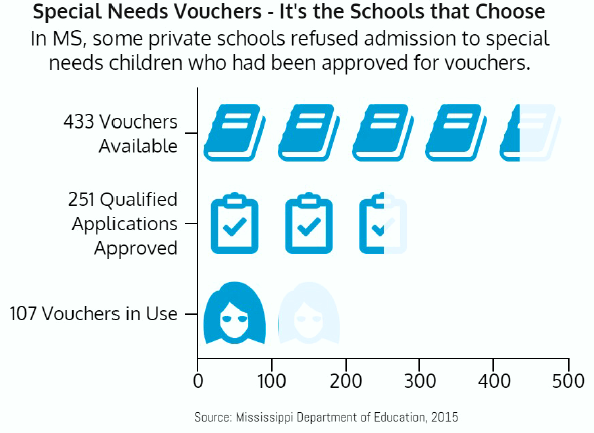